Read About Our Faculty Leaders Who Are Transforming People's Careers Duncan Williamson is an author, trainer and business consultant specializing in Financial, Management Accounting and Spreadsheet Modelling with a sustained record of success established in the Financial and Commercial marketplaces. He is an inspirational presenter whose excellent communication skills have been demonstrated across countries and cultures assisting executive professionals to achieve their full potential.

Duncan’s international experience includes multimillion dollars projects and consultancies carried out in the Middle East, Africa, Central Asia, South Asia, the Caucasus, the Balkans, Central Europe and Denmark. In addition to working as a consultant and trainer, Duncan worked in a wide variety of settings, ranging from working as a management accountant in process industries in the UK to product cost consulting in several industries in Eastern Europe and the Oil and Gas industry in the Middle East.

Duncan has published widely over the years on cost and management accounting, and is a major contributor to various magazines, journals and websites. Duncan is best selling author across many financial books include "Excel Power Query". Prior to that, he has written “Excel Solutions for Accountants” in three volumes in June 2015, and “The Accounting and Bookkeeping Coach”, published in April 2014. Dr. John Percival is a leading authority in the areas of Finance and Strategy at the Wharton School of the University of Pennsylvania. Since joining Wharton in 1971, he has been actively leading the development and teaching of various Executive Education programs. He was recipient of Anvil Award for Teaching Excellence and also Core Teaching Award in the Wharton Executive MBA Program. He has taught executive education programs at other prestigious Universities including Carnegie-Mellon, Columbia, and INSEAD (Fontainebleau, France).

Dr. Percival was previously the Associate Vice Dean and Associate Director of Wharton’s MBA program. He is also the lead faculty on popular executive education programs at Wharton, including Integrating Finance and Strategy for Value Creation and The CFO: Becoming a Strategic Partner. He has been commissioned to provide consulting and developed programs for many Fortune 500 companies including GE, Pfi zer, AT&T, Ford, DuPont, Price Waterhouse, Merck, Ciba, and IBM. He has also authored many influential articles which appeared in publications such as the Finance Times, the Journal of Economics and Statistics, and the Journal of Risk and Insurance among others. Steve Kelman is the Weatherhead Professor of Public Management at Harvard University's John F. Kennedy School of Government. A summa cum laude graduate of Harvard College, with a Ph.D. in government from Harvard University, he is the author of many books and articles on the policymaking process and on improving the management of government organizations. His latest book, Unleashing Change: A Study of Organizational Change in Government, was published in 2005 by the Brookings Institution Press. His other books include a study on how to improve the government computer procurement process, entitled Procurement and Public Management: The Fear of Discretion and the Quality of Government Performance (AEI Press, 1990), and Making Public Policy: A Hopeful View of American Government (Basic Books, 1987). In 1996 he was elected a Fellow of the National Academy of Public Administration. In 2001, he received the Herbert Roback Memorial Award, the highest achievement award of the National Contract Management Association. In 2003 he was elected as a Director of The Procurement Roundtable. In 2010 the American Political Science Association awarded him the Gaus Prize, which honors a lifetime of achievement in public administration scholarship. He currently serves as editor of the InternationalPublic Management Journal, and he writes a regular column for Federal Computer Week and a blog, The Lectern,at FCW.com. William Duggan is the author of three recent books on innovation: Strategic Intuition: The Creative Spark in Human Achievement (2007); Creative Strategy: A Guide for Innovation (2012); and The Seventh Sense: How Flashes of Insight Change Your Life (2015). In 2007 the journal Strategy+Business named Strategic Intuition “Best Strategy Book of the Year.” He has BA, MA and PhD degrees from Columbia University, and twenty years of experience as a strategy advisor and consultant. Professor Duggan teaches innovation in three venues at Columbia Business School: MBA and Executive MBA courses, and Executive Education sessions. In 2014 he won the Dean’s Award for Teaching Excellence. He has given talks and workshops on innovation to thousands of executives from companies in countries around the world. Peter Engering is a compliance expert and one of the most sought-after voices in the cryptocurrency space. He is the co-founder of Compliance Champs, a consulting firm specializing in digital currency compliance. He has written the crypto policy for one of the largest banks in the Netherlands and received wide media coverage due to its innovative stance against commercial companies purchasing cryptocurrencies with their bank accounts. He is currently serving as a Crypto Board Member at one of Netherlands' second largest banks, providing ongoing advice and education to financial institutions and crypto exchanges that are interested in digital currencies like digital assets compliance and crypto regulation. Peter is also a Certified Compliance Professional (CCP) who has integrated his extensive expertise in compliance remediation and risk management with his passion for cryptocurrency development.

Niranjan Pandey has over 20 years of experience in the IT Industry. As a Chief Cloud Technologist, he has handled many Design, Development, Build, Integration, Release, Delivery Management, and Migration of DevOps tools involving cloud infrastructure services such as AWS, Azure, and GCP.

As a leading DevOps expert, he has designed and implemented the DevOps platform (automating build, deployment automation, test, SDLC orchestration, environment management, monitoring, and production release procedures) for large organizations. With his mastery over App containerization technology, Niranjan has helped multiple businesses build and automate microservices, taking DevOps to the Next Level with Docker and Kubernetes.

He has extensive expertise in setting up configuration and management tools like  Chef, Puppet, Jenkins, and Ansible; Writing puppet manifests, implementing Puppet agent-based and agentless configurations. He's well-versed in the optimization of enterprise Redhat OpenShift systems. Being a maven in Ansible, he has provisioned AWS environments using Ansible Playbooks. He has also helped design, implement and migrate scalable enterprise monitoring systems like Splunk.

Niranjan is one of the most sought-after mentors and consultants for DevOps in the technology circles. He is also presently serving as an advisor and a member of the board of directors for many technology firms. Lecturer at Stanford and Former President at Oracle 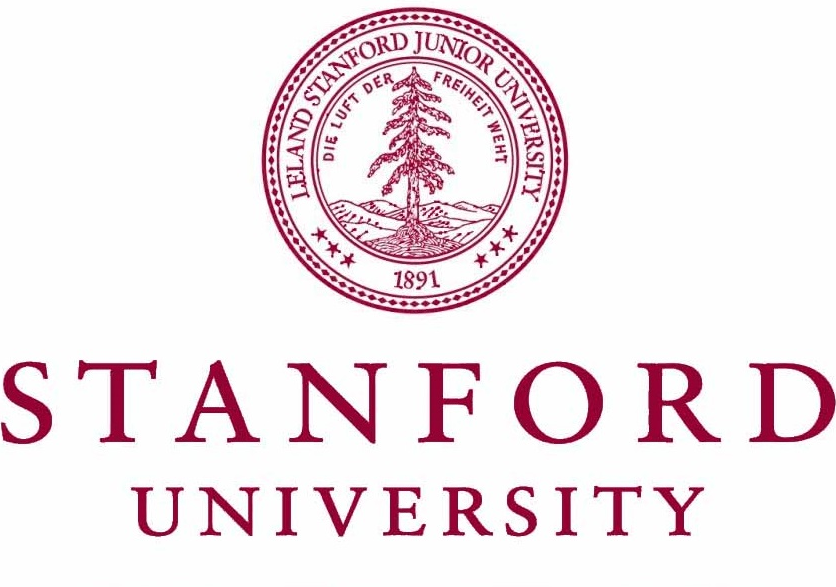 Timothy Chou was formerly President at Oracle. As President of Oracle On Demand he grew the cloud business from it’s very beginning. Today he serves on the Board of Directors of Blackbaud (NASDAQ: BLKB) and Teradata (NYSE:TDC).

He started his career at one of the original Kleiner Perkins startups, Tandem Computers. He’s invested in and been a contributor to a number of other startups, some you’ve heard of like WebEx, and others and were sold to companies like Cisco and Oracle. Recently he became the Chairman of the Alchemist Accelerator focusing on industrial IoT and has invested in a select group of young companies all focused in cloud computing, blockchain, machine learning and artificial intelligence.

Since leaving Oracle Tim has returned to Stanford, where he launched Stanford’s first course on cloud computing, CS309A. Now in its 12th year the course has featured guest lectures by nearly 100 public company CEOs. Tim has delivered keynote speeches on all six continents and recently launched another book, Precision: Principals, Practices and Solutions for the Internet of Things. The prime minister of Vietnam has called the book a “roadmap for the future of the economy”.

Tim has been a visible pioneer in evangelizing this major shift in computing. He has appeared in various publications including Forbes, Business Week, The Economist, and New York Times as well as on CNBC and NPR. He has also been a keynote speaker for business and technology audiences in North America, South America, Asia and Europe. Not content to merely talk about the subject, he has invested in several enterprise software companies. Timothy holds a Ph.D. in Electrical Engineering from the University of Illinois. Beverley Honig is a world-renowned speaker, lawyer, and author. She is a recipient of the prestigious Top 100 Women for Influence award by The Australian Financial Review. Currently listed in Who’s Who in Business in Australia, Beverly was also inducted into the  Businesswoman Hall of Fame in 2016.

She has over 20 years’ experience as an internationally qualified lawyer who has worked in Australia, the United Kingdom, and Middle East. She also serves as a Judge for the Essential Services Commission Appeals and is the Chairman of Greenville Developments and Director of Australia Chamber of Commerce for over 20 years.

Beverley has also authored several bestselling textbooks, including “Making Contracts Works” and was a distinguished Lecturer at the University of Melbourne and Queensland University of Technology Business School. She is currently the CEO of an award-winning business consultancy, which has been honored by the Prime Minister of Israel for its outstanding contribution in forging international trade links. Join one of the world’s largest online learning marketplaces.